Wielokrotnie testowany, zawsze doskonaly – a boneless rib-eye cut an inch and a half thick — with much of its external fat trimmed away to be chopped and used to enrich hamburger meat.

There’s nothing new here, really, except a reminder that moderate heat will cook a beautiful steak with all the sensory appeal of one charred over the fires of hell, and with none of the sensory distress of a house full of grease and smoke — so long as you leave it untouched to brown really well and let it rest for a while after it comes out of the pan.

Here is a picture of the top sirloin steak, prepared in this fashion, with an added pre-cooking rub, somewhat based on one used for a grilled rib-eye steak: 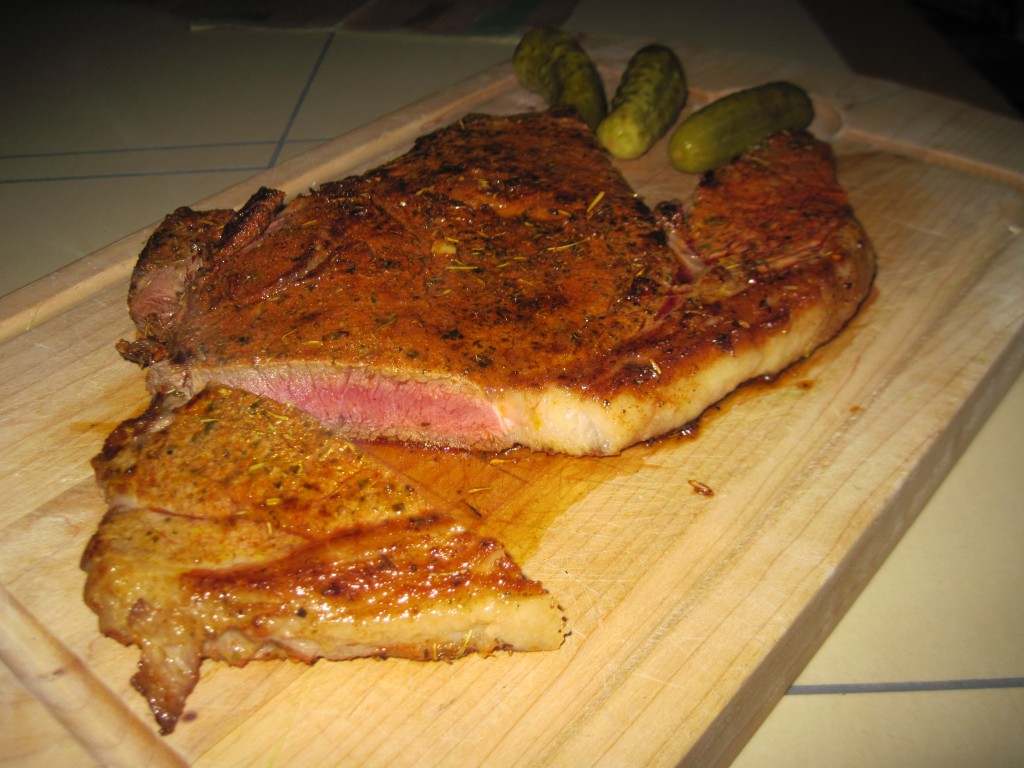 The steak should be thick – otherwise you may need to observe your own timings, not to OVERCOOK!

This entry was posted in Beef Steaks. Bookmark the permalink.