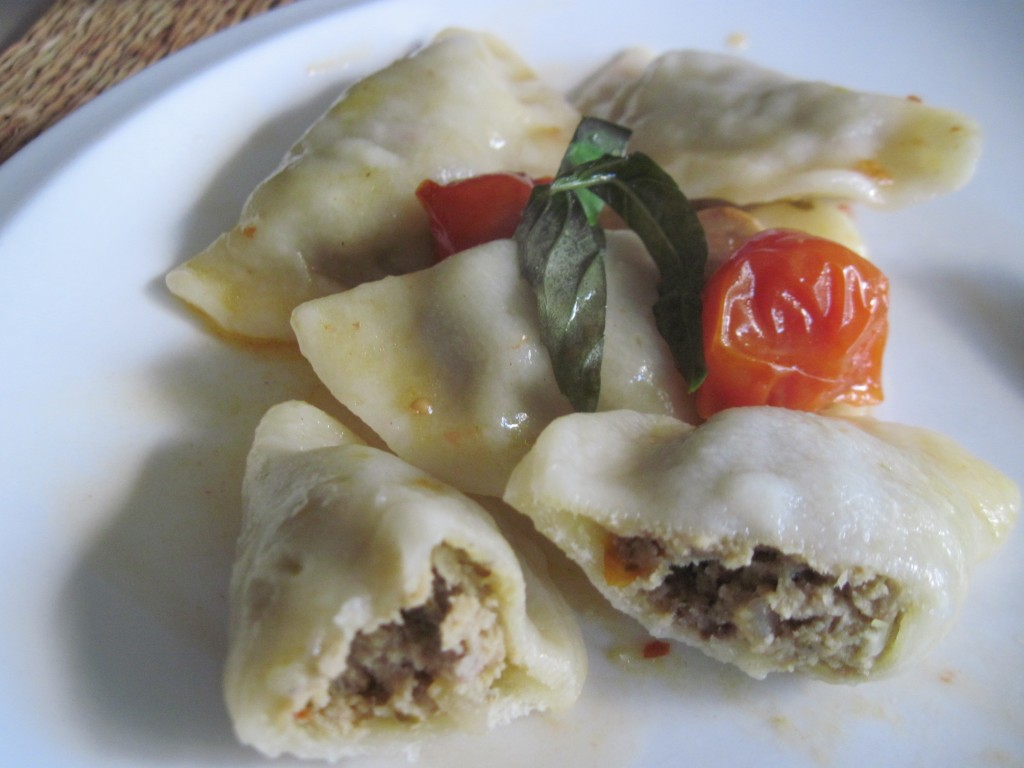 So I had to make some chicken stock and ended up with 4 fully cooked chicken thighs, skin and bones included. Being a thrifty homemaker that I am (?!) I was initially thinking of serving the meat in a simple lemony-creamy sauce (pieces of chicken with sauce, carrots and green peas with rice, dressed up with the freshly chopped Italian parsley). As it happens in our house often the circumstances called for a different approach and, instead, I took off on an experimental pierogi route. Hopefully the proof of concept will be accepted..

Here they are with last year home made cherry tomato sauce made with fresh cherry tomatoes and this year’s fresh basil. 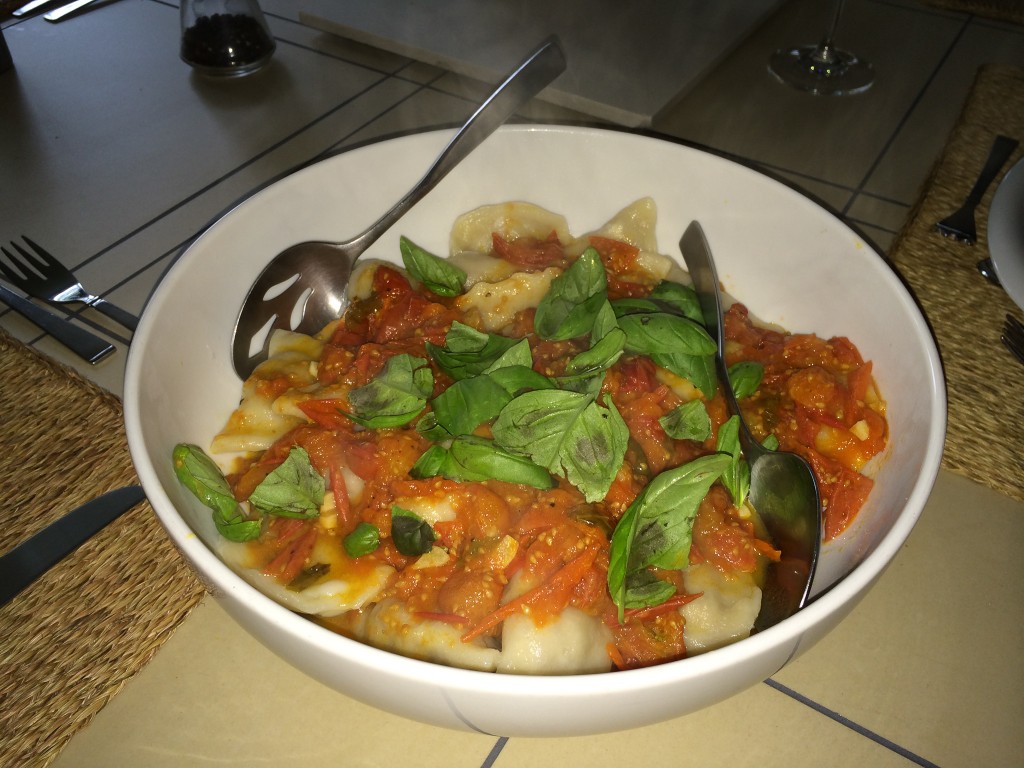 And here with the sun dried tomato sauce 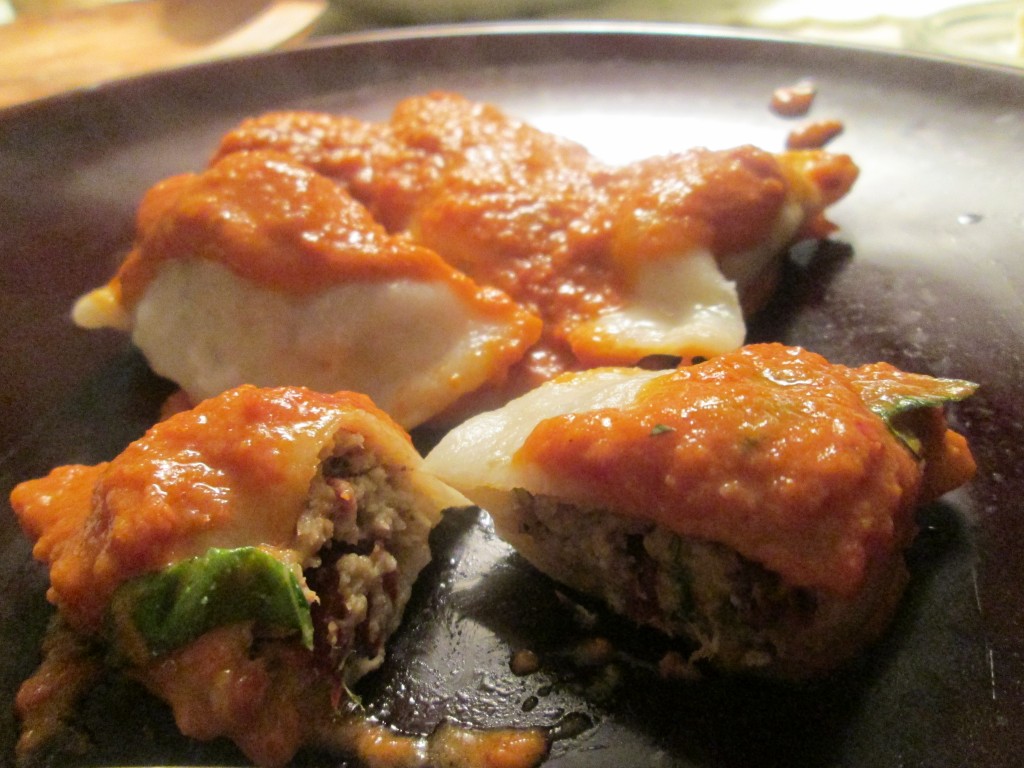 If preferred, one could entertain the tomatoes as a sauce option, or the prepared preserved version from the jar.

We declared it to be a very delicate stuffing – maybe somewhat overpowered by the sauce, yet quite a respectable implementation of the traditional dish. 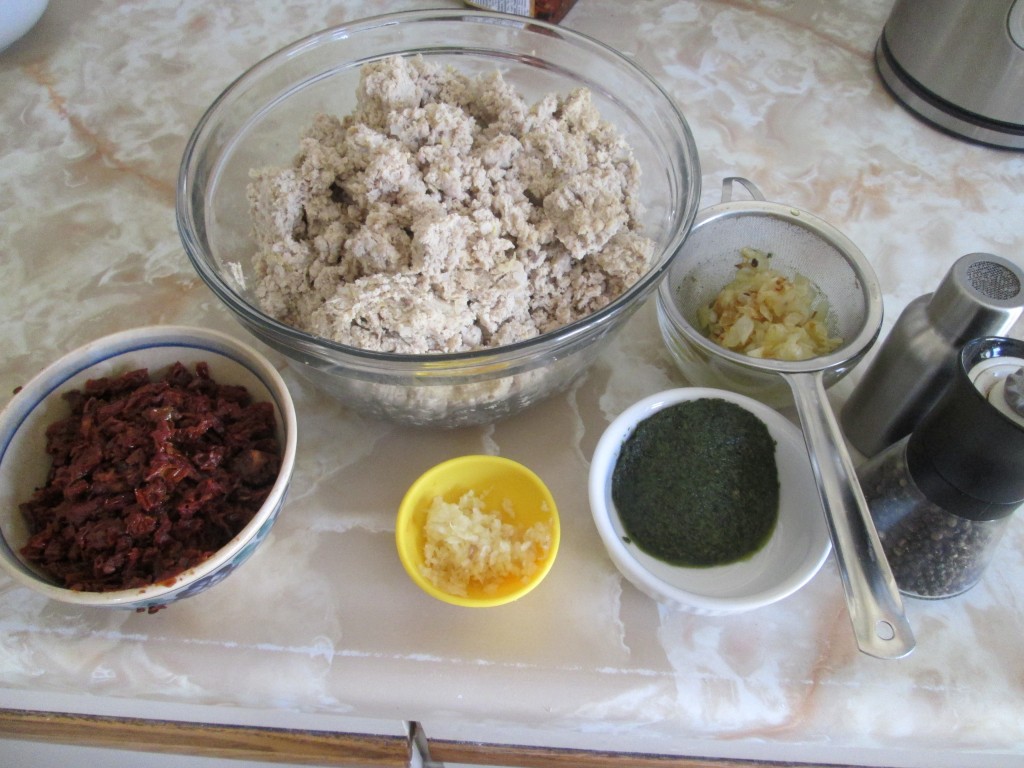 With the approximate quantities above i made 52 pierogis. 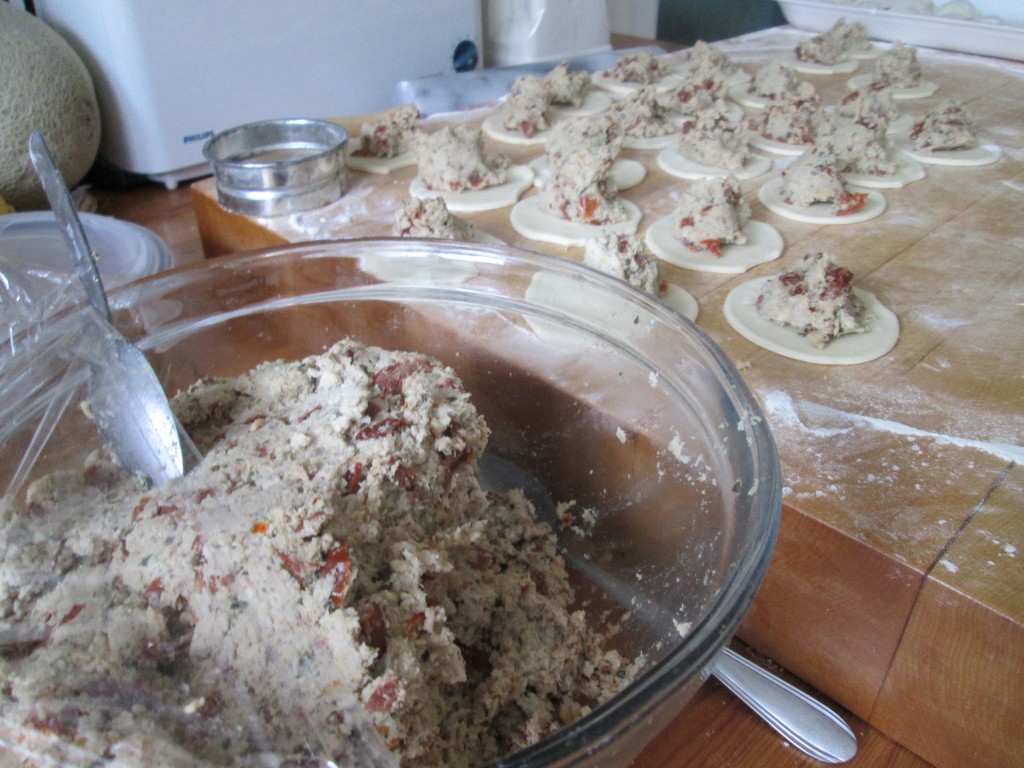 I am thinking of trying the roasted red pepper route instead of tomatoes the next time – might be also interesting..

This entry was posted in Pierogi filling / Farsz. Bookmark the permalink.