White eggplant, an example of how any (old?) eggplant can be served..

White eggplant landed in my kitchen by accident – being and ignorant as i am i noticed an unusual product in our grocery store, and encouraged by its bargain price i decided to go wild with it.. The price was low, because it was not popular and lost some of its lustre (green stems no longer green..) but was otherwise clean and firm. 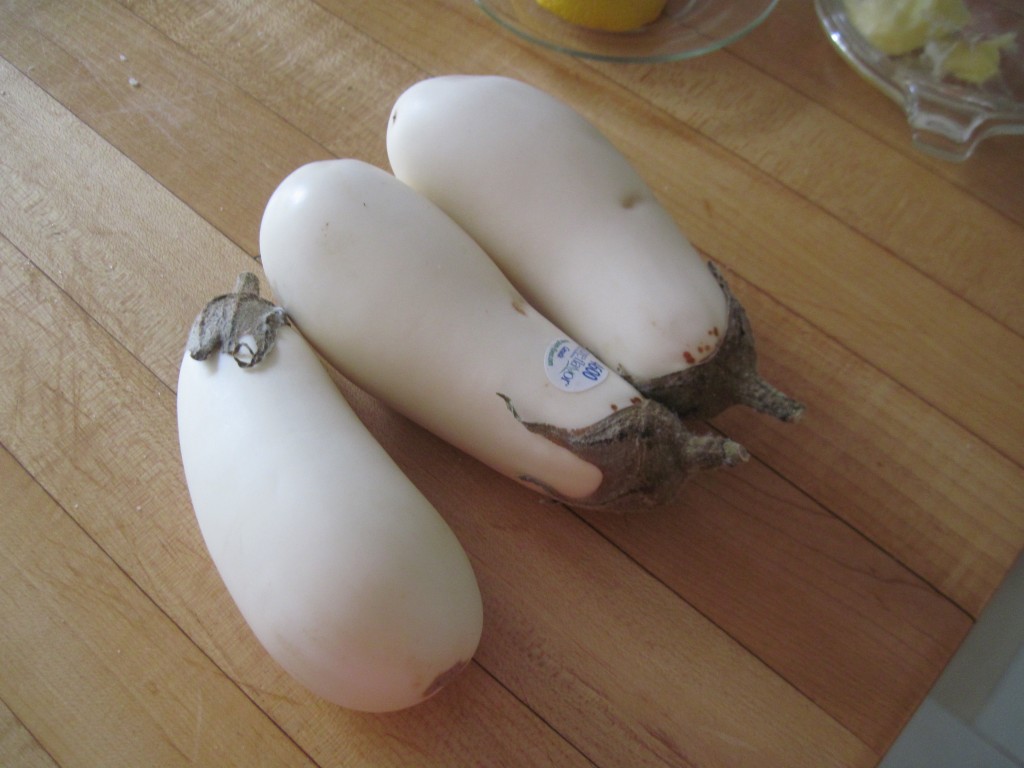 So i read up in multilingual Wikipedias, finally understood why the aubergine (or bakłażan) in North America is called the eggplant and decided to run with the first experimental batch.

This was accomplished with

This entry was posted in Eggplant (Aubergine) / Baklazan and tagged aubergine, bakłażan, eggplant. Bookmark the permalink.