My adventure with Beef Wellington

Encouraged by the usually reliable Felicity Cloake’s post in The Guardian I embarked on the exciting journey with the perfect beef wellington. I invited some friends to partake in my suicidal experiment and to live to tell the story.

I bought a package of the frozen puff pastry, thawed it, and judged it to be my first element of risk. The sheets seems very small and very thin. I decided to make my own puff pastry instead.

For 4 people I prepared

Did not have the nerve to take pictures. The pastry layer was completely independent of the meat,  the ‘duxelle’ stuffing was all on the bottom… Complete failure on the presentation front.   Very upsetting,. even if the taste was quite appealing..

So – Wojtek took over with the left-over piece of raw meat, package of defrosted puff pastry, one egg, salt and pepper. He browned the meat very quickly, smeared everything with the egg wash, covered with the puff pastry – but, with a sharp knife, cut a flat opening just below the bottom of the folded package, leaving opportunity for the meat to breathe – and roasted for precise 30 minutes. The result was much more satisfying, even if there were some pieces of dough that could have been cooked longer.. Very tasty! 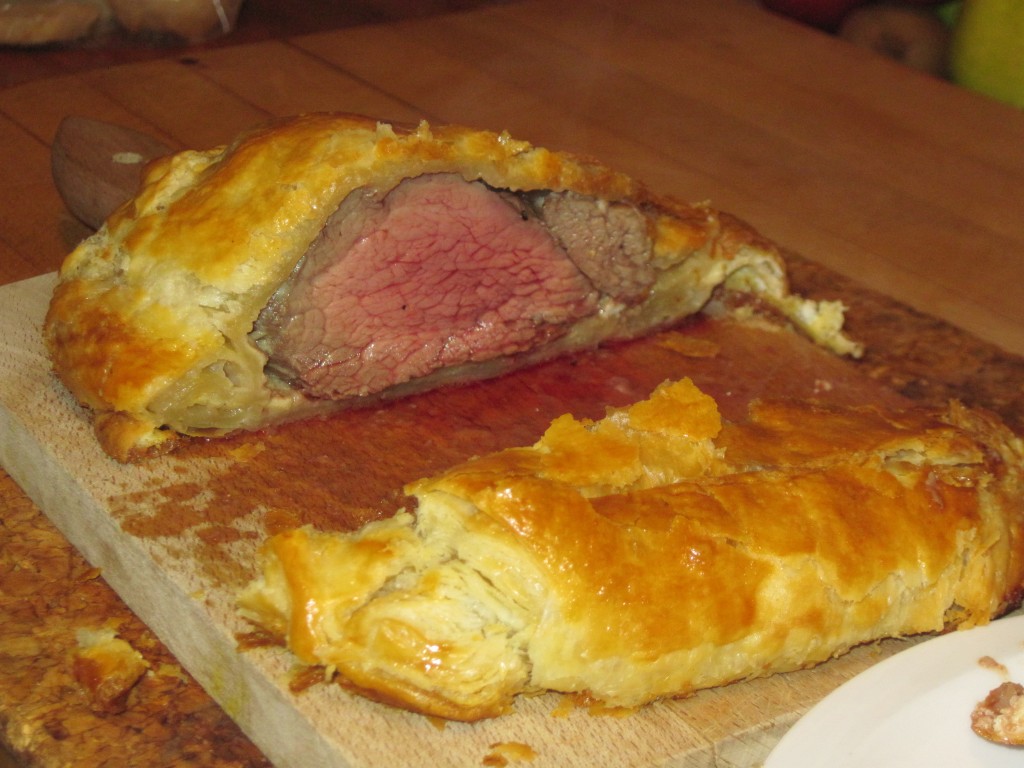