Leeks With Ginger and Shrimp

Absolutely fantastic. Concept influenced by a recipe provided in some remote past by Mark Bittman from New York Times. Those were the days.. 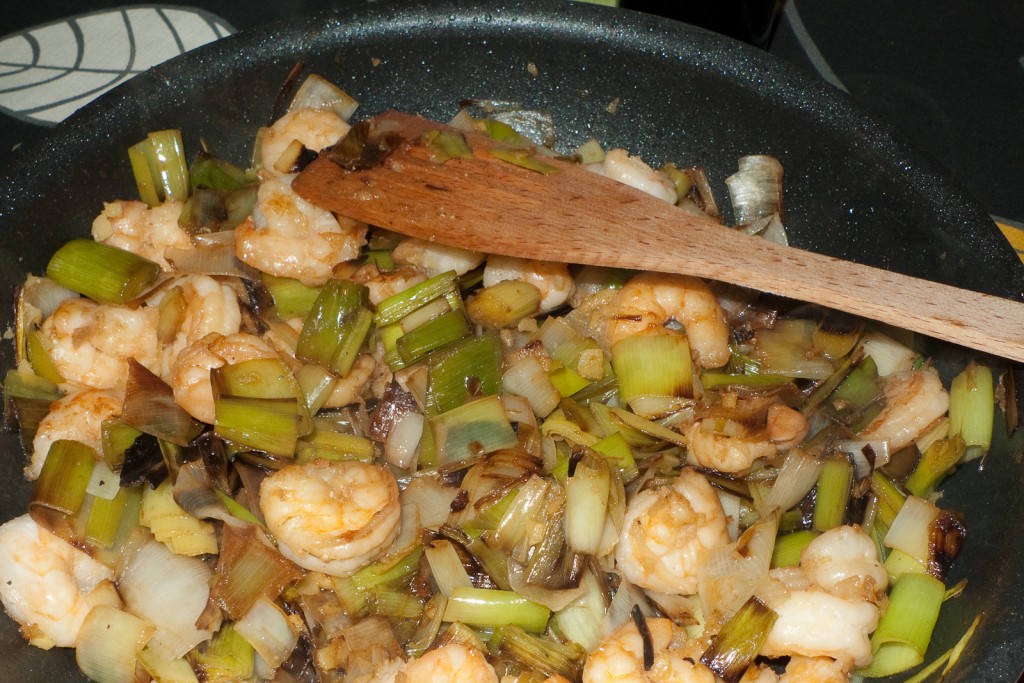 The proportions are unusual, there is almost none of the traditional sauce, and it is actually better served with bread than with rice.

Since you are going to be chopping up the leeks, wash last. Depending on their size (you can use two monstrous ones here, or a few smaller ones), cut off the last couple of inches of dark green leaves, those without any pale green core. Then stand each leek up on its tail and use a sharp knife to shave the remaining bits of tough, dark green leaves off the stalk. When only white and pale green leaves remain, cut off the root, slice the leeks in half (or, if they’re large, quarters), and chop them roughly. Finally, wash in a salad spinner (or a colander inserted into a large bowl) until no traces of sand remain.

Since i have a lot of shrimp and worry about a really quick searing effect I sometimes prepare shrimp in the last minute on the steamer – then merge the whole thing. Whether it is the same taste? The jury is still out. Should one have a really decent cooker (gas, maybe?), there would be no doubt all would be done together on a frying pan..

This entry was posted in Shrimp / Krewetki and tagged ginger. Bookmark the permalink.