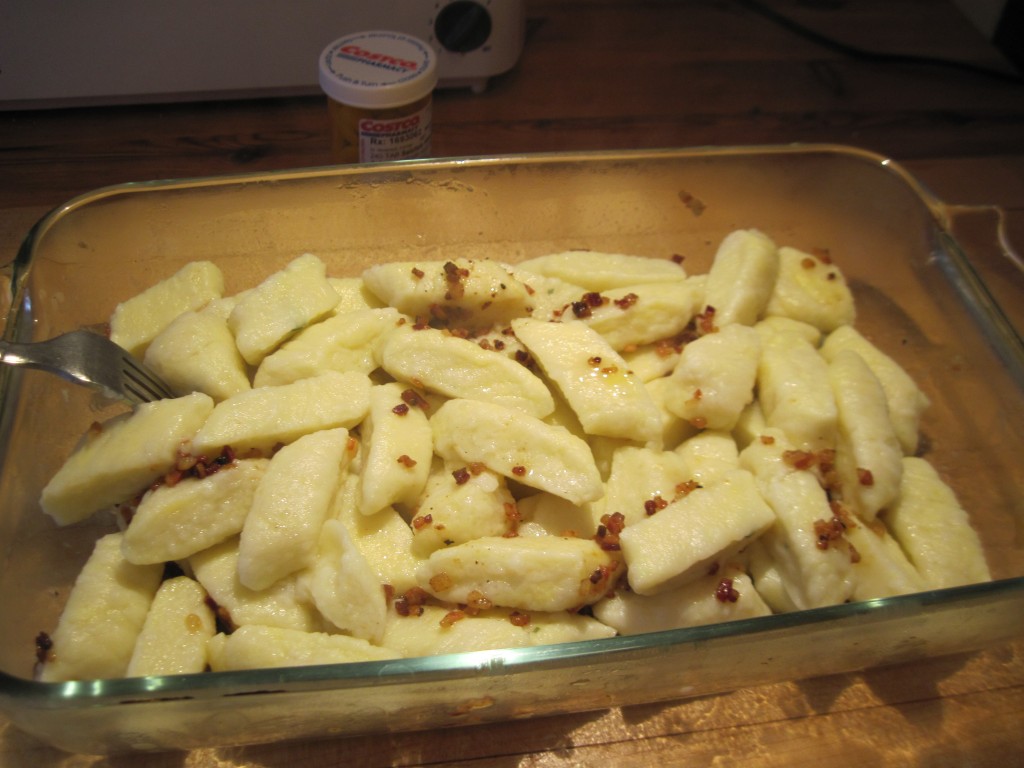 Usually prepared when you have some leftover mashed potatoes – but can be made ‘from scratch’, starting with real raw potatoes. In such case you should boil potatoes in salted water, mash them, and then measure the amounts to achieve the balance.

Served as an accompaniment to meat with sauce, or as individual dish with sauce, with veggies, or with bread crumbs sautéed in butter.  Kopytka are excellent when served ‘refried’.

Good candidates for freezing and reheating when needed. In such case you will not serve them right there and then,  pre-boil them (see below) and cool (immerse in ice cold water for a few minutes) then place on a flat surface (large platter) so that they cool down without sticking to each other: 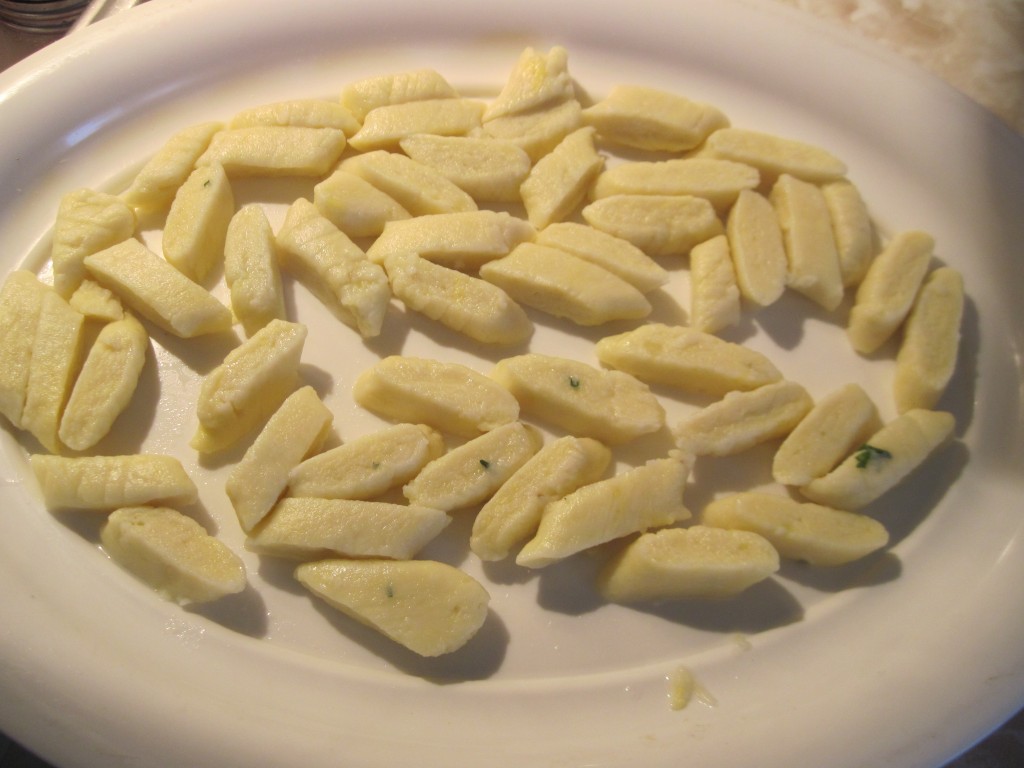 When ready to re-heat the frozen kopytka, prepare a large pot of boiling, salted water, drop them in, let come to boil and then give them a minute or two to heat through.

This portion should feed 4 people when served as a companion to some other stuff like meat stew, hamburgers etc., but perhaps 3 hungry people, consuming kopytka as the main course event (with skwarki or fried bacon bits, with sauce, with a vegetable salad..). 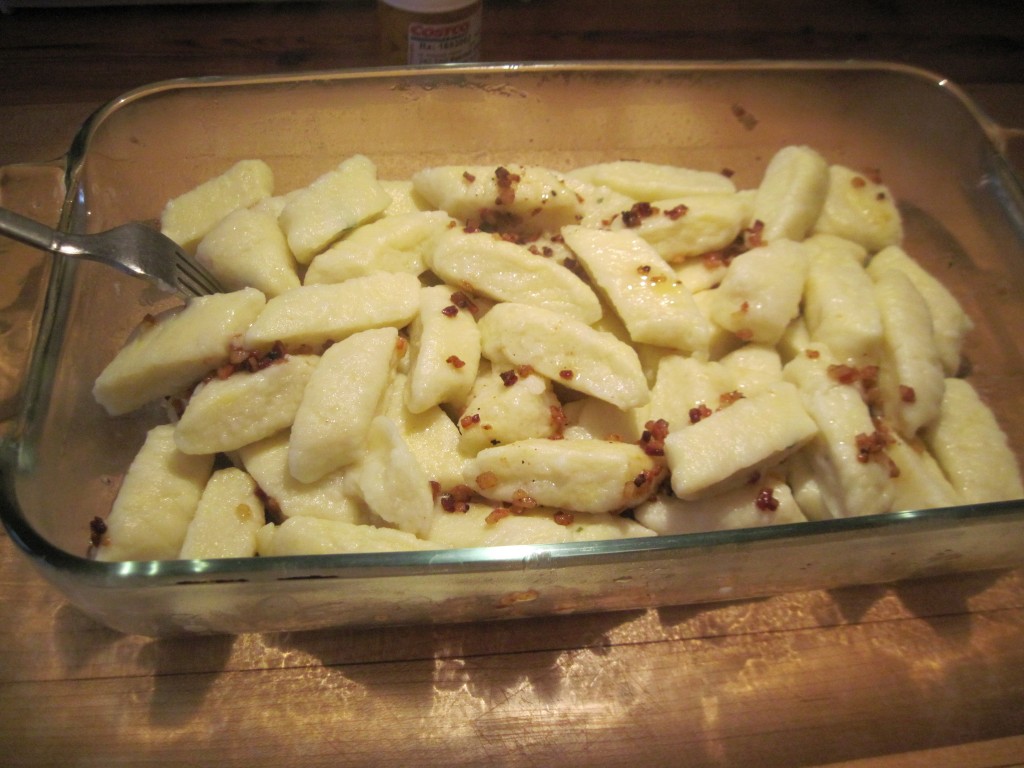 This entry was posted in Various Dumplings / Kluski. Bookmark the permalink.